Alaska’s lands and waters have provided for its people since time immemorial, and this can continue, but only if we take a sustainable approach to how we treat our public lands and waters.

The state’s modern history has not always been sustainable. A fur trade, a gold rush, commercial whaling and commercial fish trapping, clear cut old-growth logging — we’ve seen booms and we’ve seen busts. And today, we are trending toward the latter as it becomes clearer that oil will not be able to carry our future.

For one thing, factors outside our control are making an Alaska transition from oil inevitable in the years to come. The signs are everywhere: the largest U.S. banks saying no to financing Arctic oil, British Petroleum (BP) leaving the state, and an Arctic National Wildlife Refuge lease sale that brought in less than 1% of expected revenue. These are all signs that how our country gets its energy is transforming and will continue to do so. I’m grateful that the Biden administration is looking forward in this time of change and toward the creation of numerous clean energy jobs, instead of grasping for a past dominated by fossil fuels that can’t be resurrected.

We also know that action is necessary now, and we can’t afford to burn proven fossil fuel reserves if we are going to limit climate damage. That makes it painfully obvious that opening new frontiers to oil exploration makes little sense. And that’s exactly what the last administration attempted, selling off the Arctic Refuge for oil development, expanding areas available in the National Petroleum Reserve-Alaska, and pushing to open the Arctic Ocean back up for oil leasing. These actions, combined with the push to expand old-growth logging in the Tongass National Forest, are not compatible with taking climate change seriously, and I’m grateful for Day One actions by President Biden to pump the brakes.

What happens in Alaska today will impact Alaska’s — and America’s — climate for decades to come, in part because of the specifics of how oil is produced in state. Alaska’s remote, conventional oil prospects often require a decade of planning, and large capital outlays before a barrel of oil is produced. Once production starts for these high-cost projects, those producing the oil are known as ‘price takers,’ and the oil will keep flowing for many years regardless of price or the impacts to our climate. Thus, the decisions we make today will touch the lives of our children and grandchildren, which is why the route toward taking serious climate action must run through Alaska.

This isn’t to say that a transition will be easy or that the work will be done in short order, but we must start that work now regardless. Growing up in Alaska, I saw how government spending can be supported by oil revenue. Today, however, we are learning that without proper planning and foresight, replacing that revenue won’t be easy. A decade ago, 90% of our state’s discretionary budget was funded by oil revenue — today, that has fallen to 25%. While we’ve saved some of our oil wealth from years past via a Permanent Fund, however, the transition — or lack thereof — is placing strains on Alaska communities and our economy.

We can’t choose whether change is coming, we can only choose how we deal with it. Will the transition be equitable and effective? To allow Alaskans access to health care, education and other pillars of a sustainable society, we’ll need partnership between local, state, federal and Tribal governments that allows each the revenue they need to prosper. Public lands and waters provide for a higher quality of life, support diverse cultural traditions, and can serve as the backbone for a sustainable economy — preserving them must be prioritized over selling them out for a quick dollar. 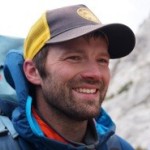